This week I saw a Motown legend.

I was invited to the opening of an exhibition at the Proud Gallery in Camden; Classic Motown: Invasion Begins.  I am lucky enough to have a Dad who got me into Motown music at a very young age and to this day it is my favourite music to listen to, dance (badly) to, sing and play.  I even drove specifically planned my route to go through Detroit when I drove from Chicago to New York City so I could go to the studios. 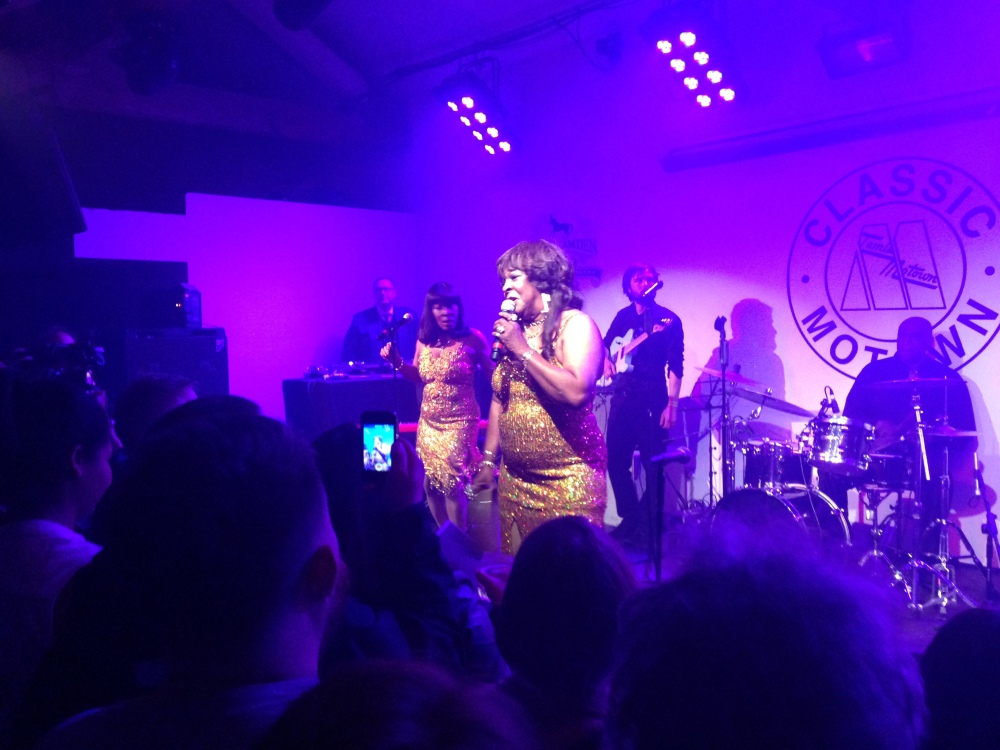 So…when I saw that Martha Reeves was singing at the gallery there was no way I was going to miss out on it and I wasn’t disappointed.   It is true to say that her voice is not quite what it was when she sang on classic tracks like Dancing in the Streets and Nowhere to Run but she has such a fantastic presence on stage.  She is such a pro, it was fascinating to see her lead the band and call all the changes and work the crowd.

She was joined on stage at the end by John Newman, and up and coming artist who’s music is heavily influenced by the Motown sound but to be honest, despite his great voice, he looked out of his depth in comparison to Martha.  She is quite an imposing figure on stage and has a massive personality but he barely made eye contact with her and looked like he didn’t know the words to Dancing in the Streets, everyone knows the words don’t they? 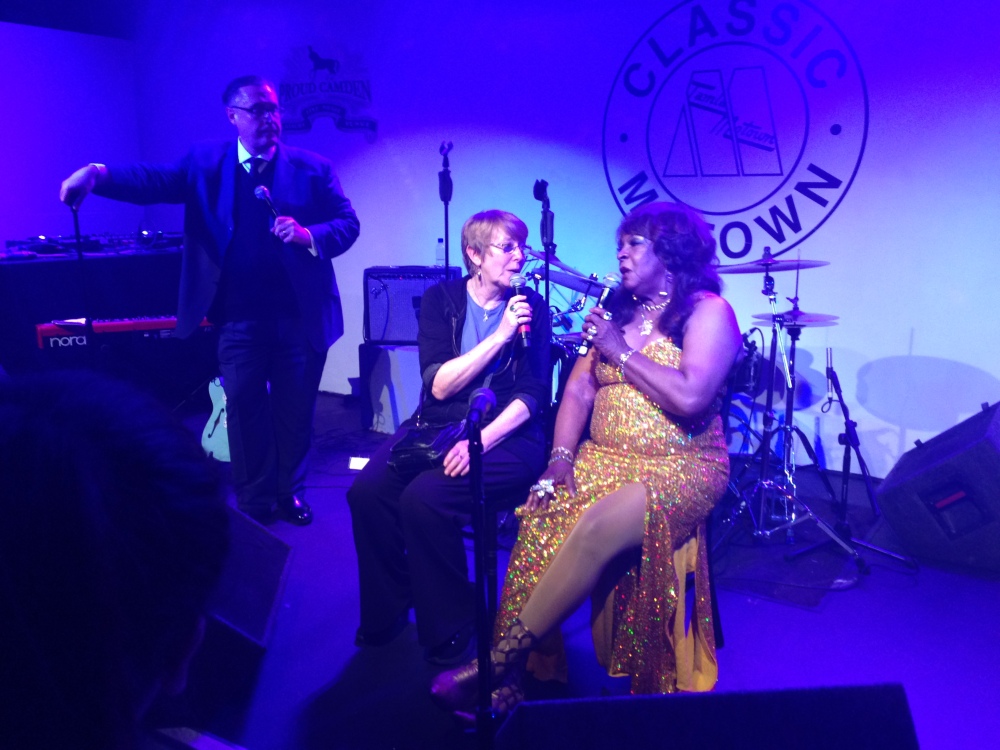 After the performance she stuck around for a Q&A session and the host could not get her off the stage.  It was great.  She pretty much took over and got everyone that asked a question up on stage with her to sit down.  She spoke about how she first met Dusty Springfield in a dressing room and they both ended up throwing china cups and saucers at the wall and how she used to baby sit Stevie wonder.  She also said that she wasn’t a fan of all the cover versions that have been done of Dancing in the Streets! They don’t have any “soul”!

All in all, it was a really enjoyable evening.  I almost bought a photo, then realised it had sold out…I guess that saved me a few quid.