It is not every day that I get invited to go on a practically free cruise on a beautiful ship to Alaska.  When my friend Ollie asked me if I fancied going on a cruise out of Vancouver on the Disney Wonder I thought he was joking. He was not. And neither was I when I said yes.

I had been staying with a friend in Seattle so I hopped on the Amtrak Cascade line (one of the most beautiful train journeys I have made) and headed up to Canada.

I had so much fun throughout the week.  There was so much to do on board and I got to meet Mickey and Minnie and all their friends including the princesses, my personal highlight! 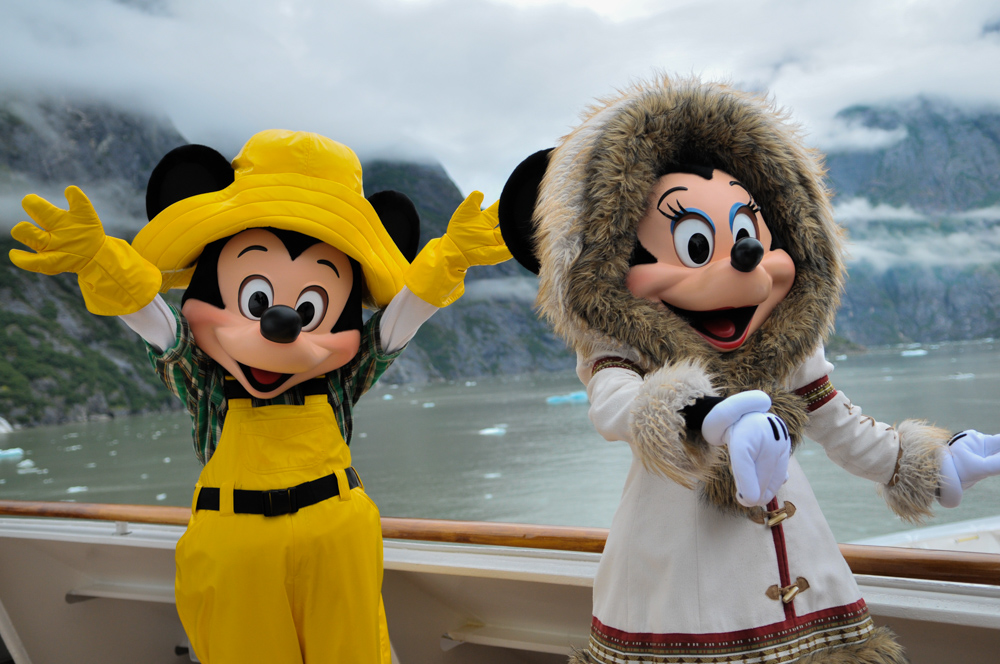 Along the way I got to see some of the most spectacular scenery I have ever had the privilege to cast my eyes on! Everywhere I turned it looked like something out of a BBC wildlife documentary.

We spent at sailing up a fjord called Tracy Arm to see the glacier that lies at the end of it.  She ship made its way along the meandering water way with icebergs drifting past every few minutes.  Fortunately none of them were big enough to be a problem! The channel became increasingly narrow as we reached our destination.  The steep hills which lined each side of the fjord became close enough at points that we could see the mountain goats perched high up looking out at this giant ship sailing by. 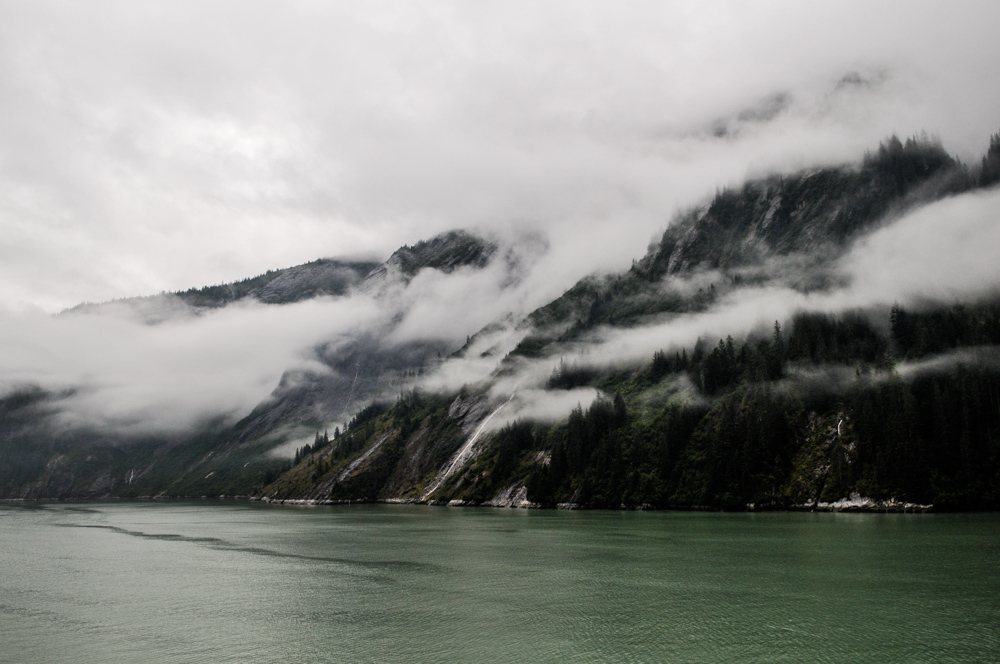 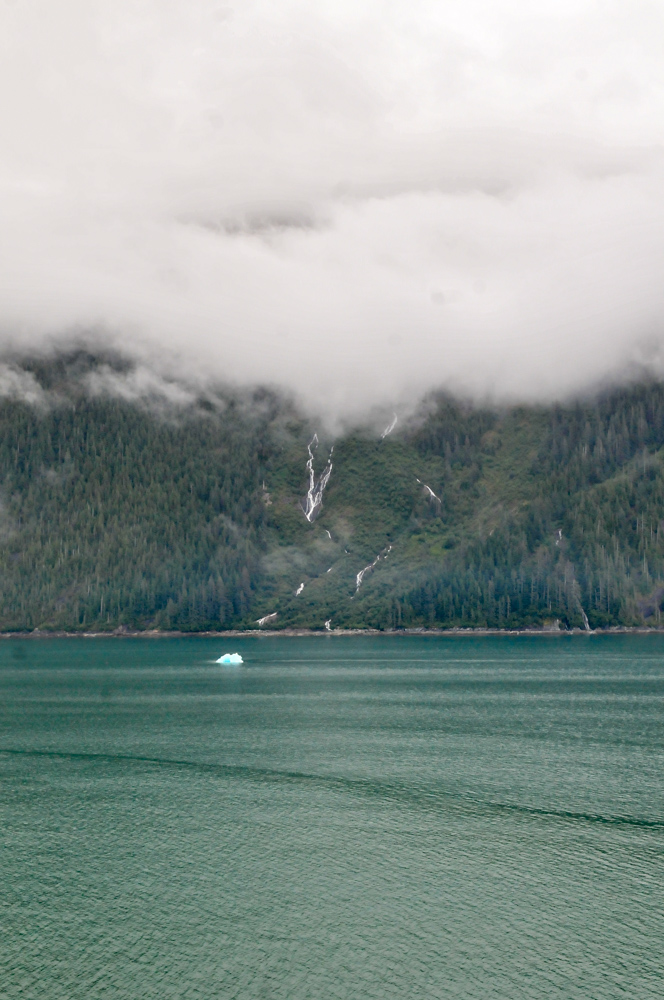 For much of the journey along Tracy Arm the clouds hung so low in the sky that it felt like you could touch them.  It was like having a living suspended ceiling just above you.  The hills which flanked the fjord were also with clouds sat on the shorter trees like cobwebs.  It was fascinating to see the movement of the clouds on the time lapse I made of the journey.

By the time we reached our destination the cloud cover has lifted slightly, the rain which had accompanied us for most of the voyage had gone and there was the glacier.  I had no idea what to expect but I was astounded by how blue it was.  The captain sailed as close as possible to the end of the fjord and we hung out there for a while drinking hot chocolate taking in the view before he turned the ship around and we sailed out! 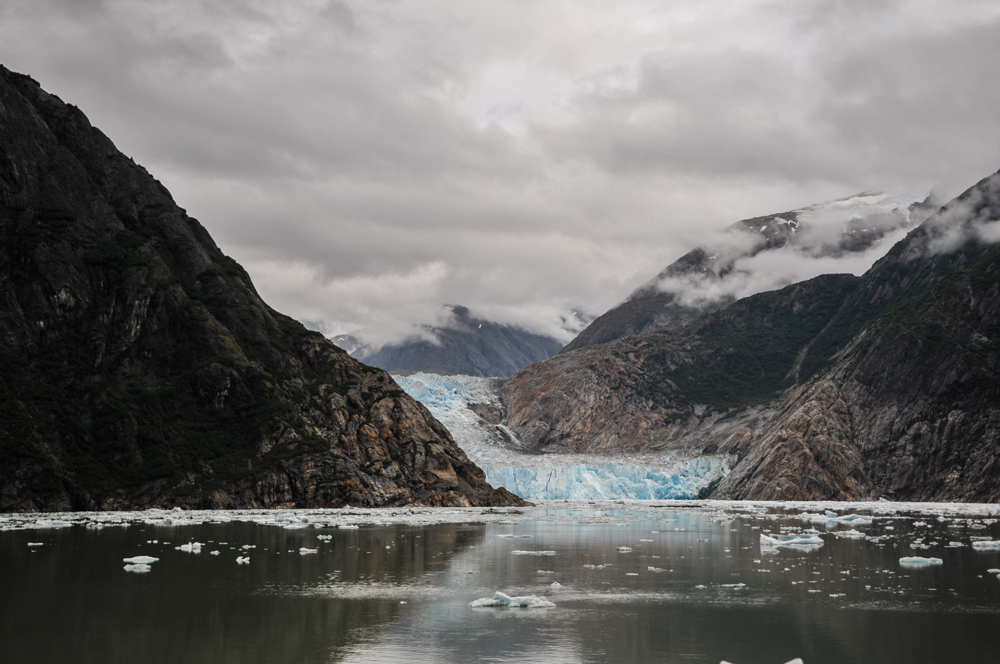 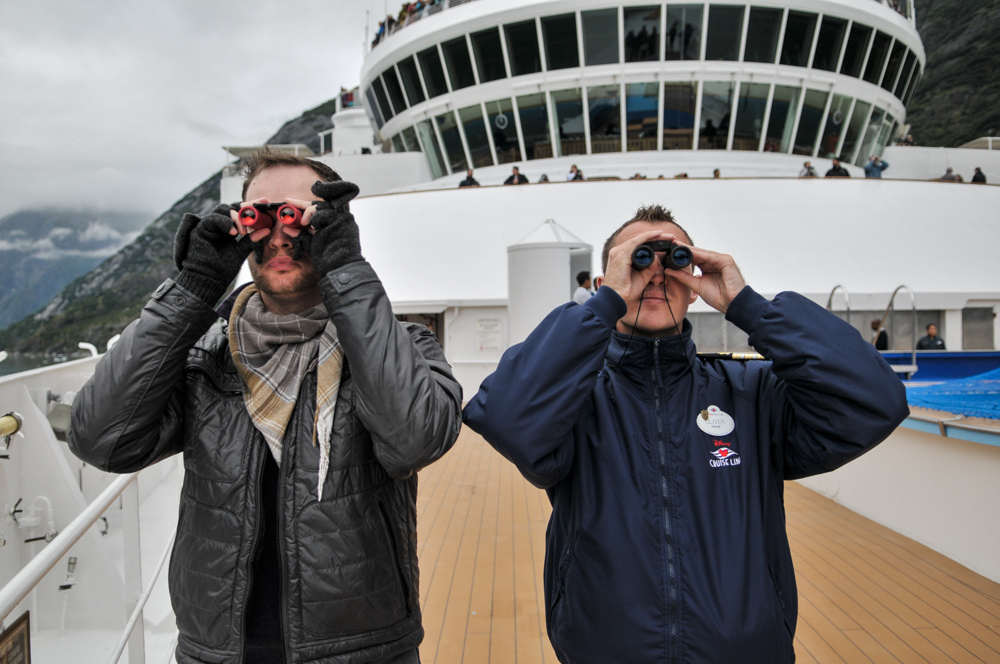 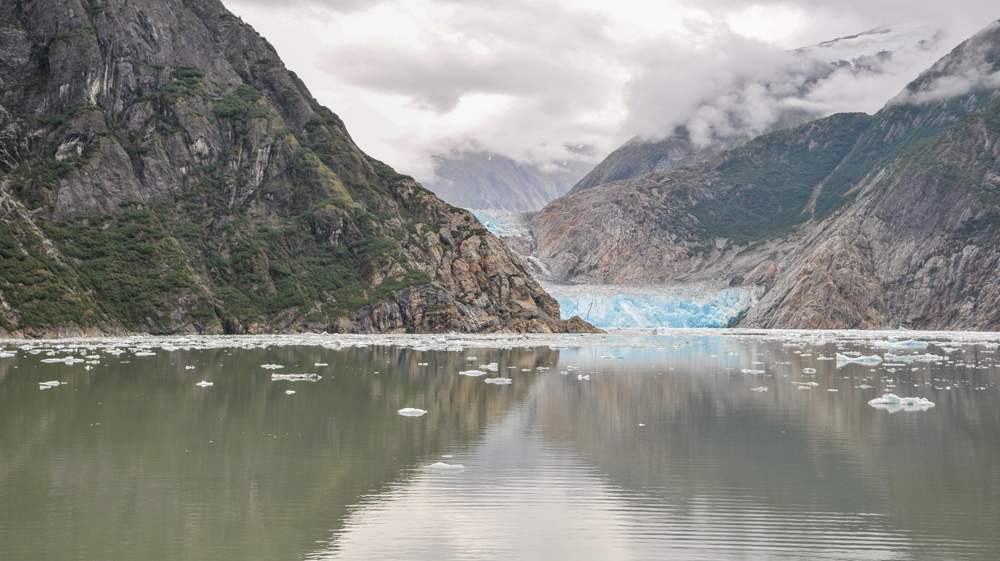 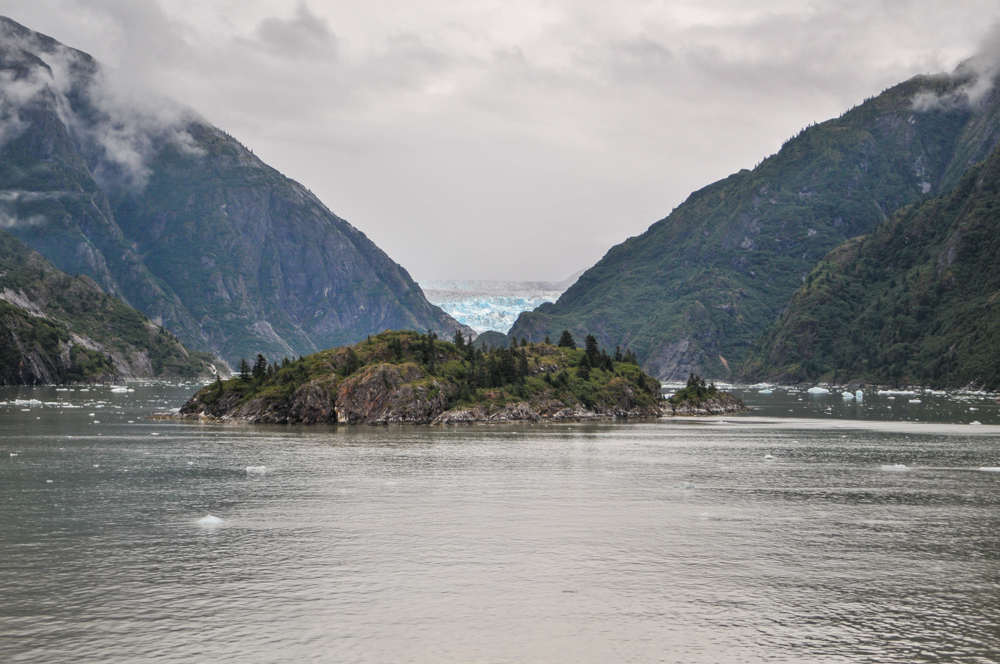 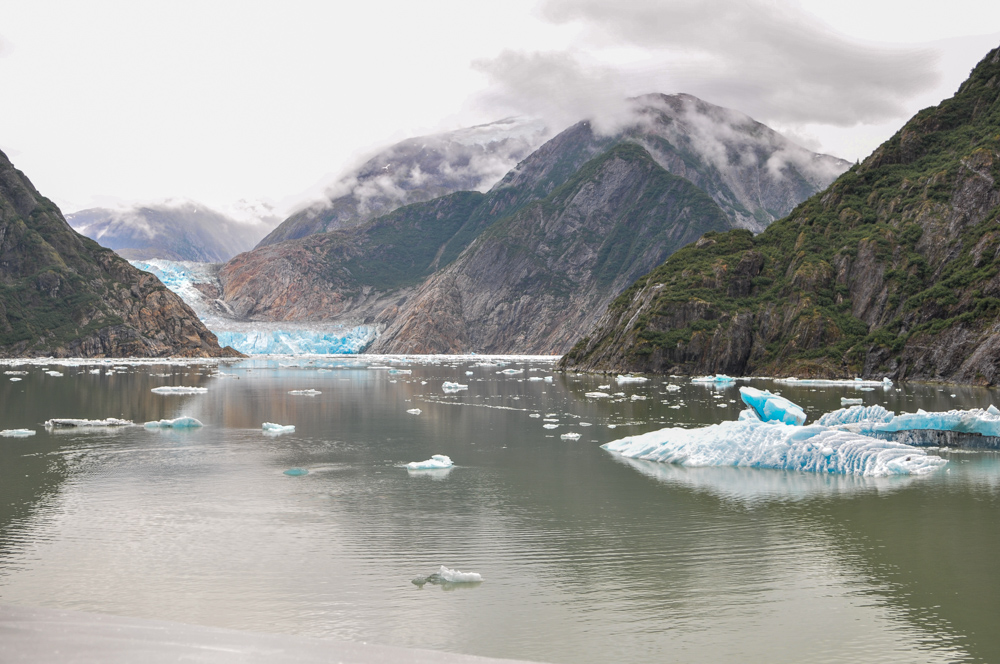 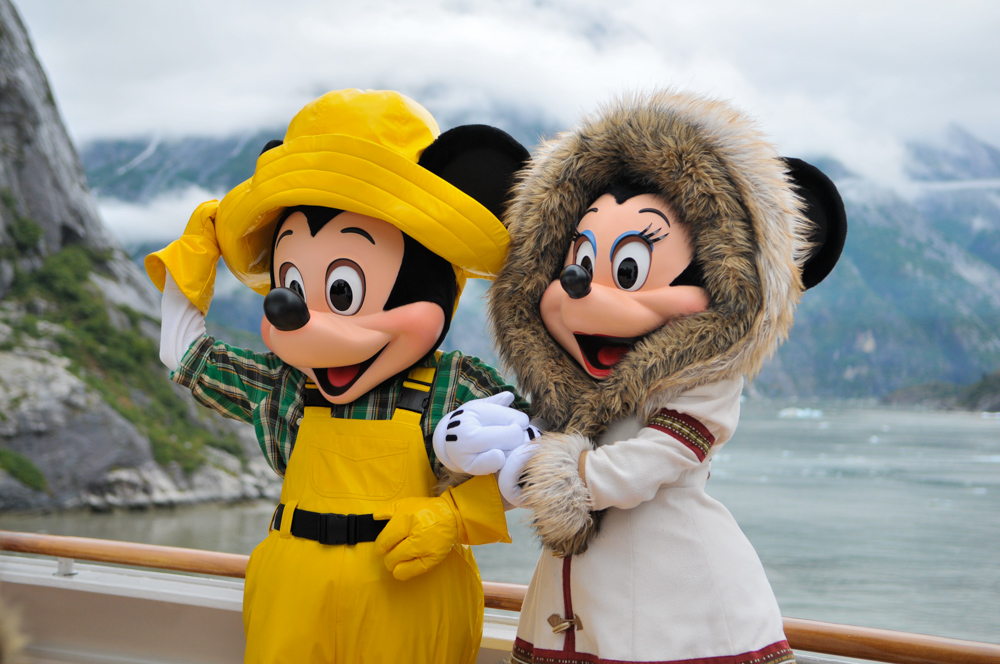