Today was a long day.  after getting up at the crack of dawn I boarded a plane at Heathrow to take me to New York City. However, I was not to spend much time in New York….not today anyway.

Let me start from the beginning.

It does not take much to twist my arm and get me to go on a road trip, especially if that road trip is in the USA.  So, when i got an email from my friend and colleague Katie Naka a couple of months ago asking if I would be her date to a family wedding she was going to in April, it didn’t take me long to say yes.  Her thought behind asking me was that she would start with the least likeliest person to say yes (at least in terms of proximity).  However, I would say out of everyone I know, I am the most likely person to jump on a plane for any reason, particularly as it would involve driving from New York through the Appellation Mountains along the Blue Ridge Trail and then across to Wilmington, North Carolina.

So, I landed at JFK this morning and Katie was there waiting for me (with a sign, of course) we picked up a car and we hit the road.

It was a smooth drive aside from the fact that we saw a giant bird that could only have been a turkey or possibly a small dinosaur, fly out across the highway in front of us directly into the oncoming traffic only to be struck by an oncoming truck and quite literally explode!  Feathers and wings everywhere.  Katie happened to be on the phone for work at the time so we both looked at each other, trying not to shout out load else the person on the other end of the phone think us completely mad.  RIP turkey. 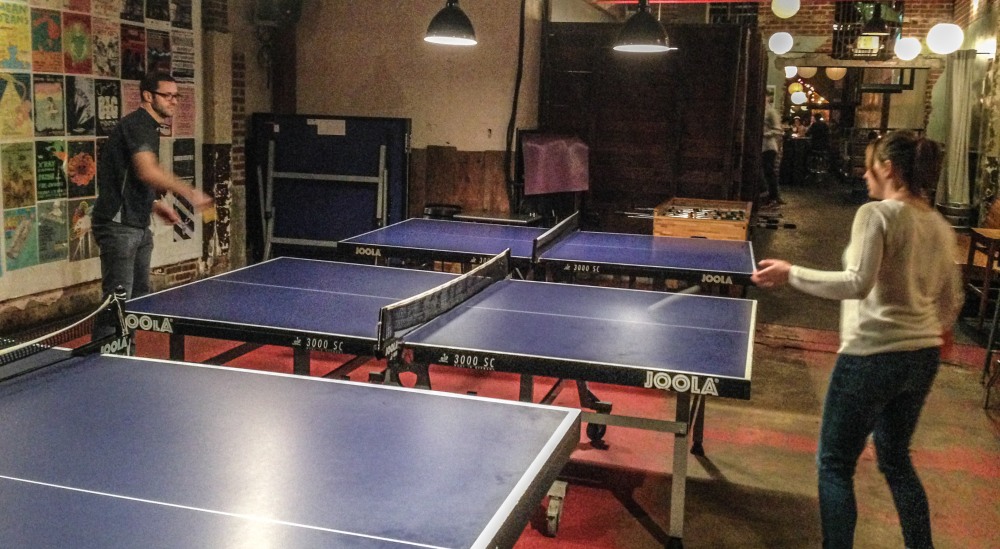 After stoping a a diner along the way for a giant sandwich and some matzo ball soup we pull into DC (well technically Maryland) and arrived at my friend’s place.  Adam and Kate had kindly offered to put us up for the night and go out to a pizza place and play ping pong (I won BTW) with us.

To continue the ornithological theme for the day we saw an owl.  Just sitting in a tree outside a house.  I have never seen one before.  weird. 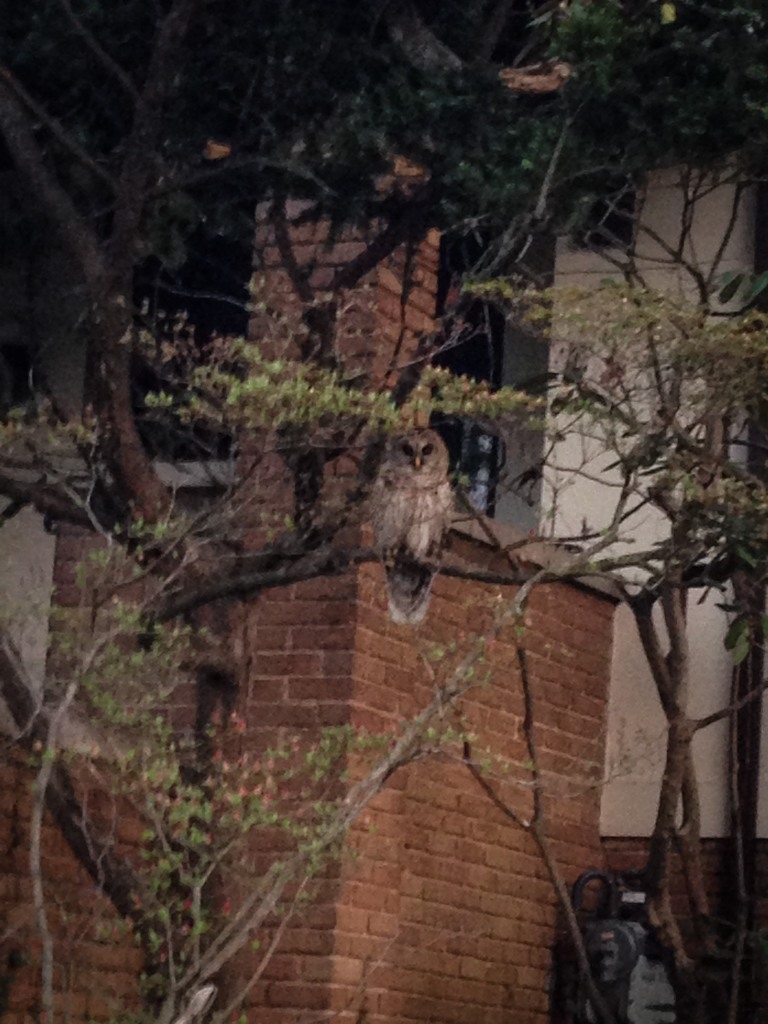 Then it was to bed.  Hitting the road proper in the morning!