After our prison visit we headed to our hotel for the night. We had decided to treat ourselves to a suite in a very nice hotel. The irony of the fact that we had just left a place were the living conditions could be described as, at best, medieval, and were about to stay in a 5 star luxury suite of rooms was not lost on me. However, this is our situation at the moment and we are priviledged to be able to so such things are are grateful for the fact. 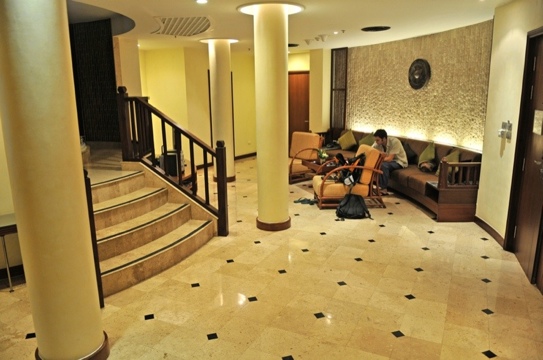 The room, or rooms, were great. We each had our own bedroom with ensuite (the ensuite alone was bigger than my bedroom at home). The windows behind the bed looked out onto the street but at the opposite end they overlooked the giant hot tub that was the centre piece of the whole apartment. It was only when we investigated further that we discovered a sauna behind the hot tub. Thank God, I was getting worried for a minute there!

We took enough time to have a good look around unpack some stuff then it was off to the tailors. 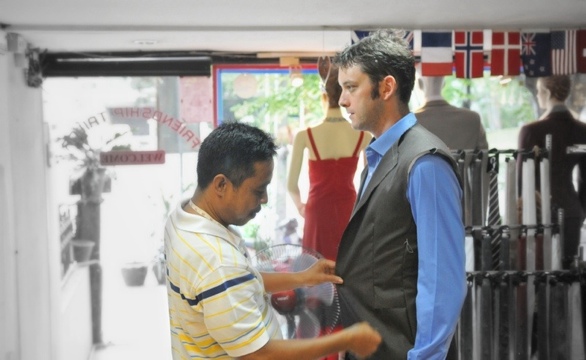 Upon arrival, we were greeted by Rajan who sat us down and offered a cold drink. We needed it. I was wet through from sweating. We thumbed through catalogues and assessd all the fabrics on show and specified, down to the lining and the colour stitching we wanted on the cuff of our shirts, just what we wanted and after 2 hours we were done! We were to return the following day for a fitting.

We made it back to the hotel, had a shower, ran the hot tub so it would be full when we got in later on and headed out for a drink.