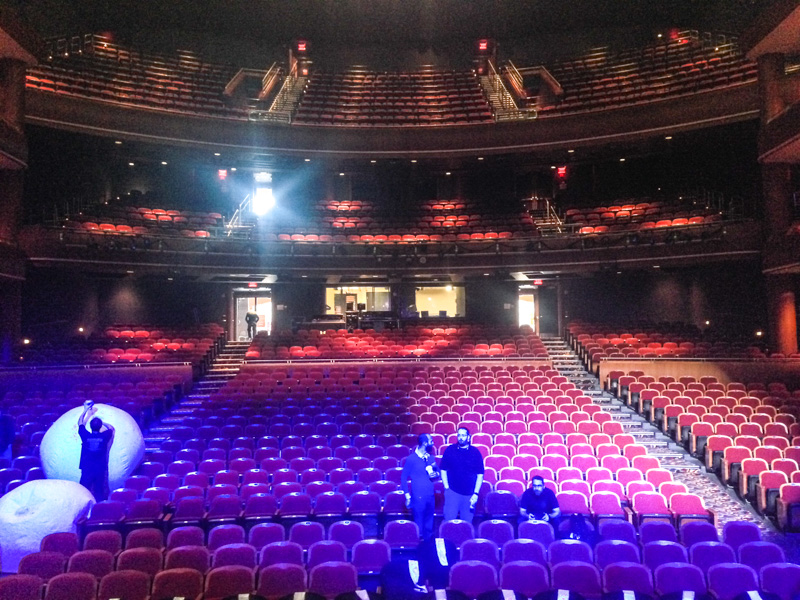 We just played one show in Charleston but it was sold out and the crowd was great.  During the day, before the show myself and Terry and Tony from the band went to nearby Huntington, to Marshall College.  Our former drummer and MD is now a professor there and during the time we all worked together last year be did several workshops at schools and colleges to talk to students about the music of Blue Man Group and how we use it to communicate and connect not just with each other but with the audience as well.

It as a huge success and we got a fair amount of press coverage as well. It was so good to be able to go and do this for Jesse’s students and even better for him as Marshall college was the place he did the very first workshop almost 2 years ago before he even thought about teaching there.  It was like it was coming full circle for him.

In meet and greet after the show that evening I had the pleasure of meeting a lady who had come to see the show with her husband, she was blind.  I always stay in character in meet and greet and do not talk but I made an exception in this case.  She was not able to see what I looked like so I put a bit of my blue makeup on the back of her hand so that she could feel the texture.  She was surprised at how greasy it was!  I am so glad to be doing a show that an connect to people in so many ways.  The lady may not have been able to see the show but the music we play is so visceral and tribal that she could feel it.