I did not go to Davenport, Iowa expecting to leave having recording a session for one of the best sites on the internet to discover new music.

My friend, colleague and musical compadre Tony Aguirre found that there was a studio near where we were performing while on tour for Blue Man Group.  He got in touch with the owner Sean Moeller and he kindly said we could come in and take a look around.  Myself, Tony and a couple of other guys from the tour piled in a cab wrapped up in all sorts of layers to protect us from the arctic temperatures that greeted us outside and we piled out again in Rock Island Illinois and made our way up the stairs to the studio.

FutureAppleTree Studio Too occupies and entire floor of an unassuming building on a street in Rock Island.  It was once a local radio station and the here and there you can see the evidence of this in the form of decades old sound proofing and old head shots of the log departed presenters which adorn the walls.  It took us a few minutes to actually get into the building as Sean had left his keys at home so called Mike Gentry, his engineer to come and open up.

If I am honest, I really didn’t know what we were getting into.  Tony asked us if we wanted to go and I said yes immediately but did no prior research or investigation into where we were going or who we were meeting.  I assumed it was just a cool local studio which local bands use.  I had no idea that this studio is the home base for a website which, I have since gone on to realise, is one of the coolest locations on the internet to discover music by new and emerging artists and also to hear tracks from from well established acts produced in a way which, these days, is very rare.

Daytrotter.com is a subscription based website which showcases the tracks which are recorded here and in a couple of other locations in Nashville and London.  It took me a few minutes to grasp what we were actually looking at and who we were talking to.  It wasn’t until I saw posters for Iron & Wine and Justin Townes Earl and saw the collection of vinyl records they have produced featuring the likes of Mumford and Sons and the Avett brothers that I realised that this place was a much bigger deal than I had realised and also very special. 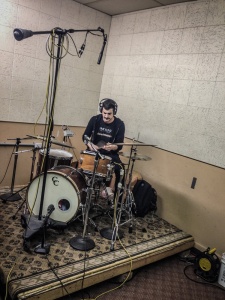 The premise of the sessions is that bands come in for a 2 hour session and normally record 4 songs live onto tape.  It is a very different experience that recording an album or EP.  In those cases you usually have days or weeks to record and perfect the tracks.  You are able to lay down multiple tracks, overdub instruments and keep doing takes until you nail the one you want.  Daytrotter is different as you get one go at a time.  No going back and tweaking and adding other tracks.  It is all performed live, mixed live, recorded on to tape, not computer.

The results are fantastic.  Mike and Sean know their room and the equipment so well that they are able to get a brilliant sound very quickly and the recordings, while being of a very high quality, have a unique live feel to them.  There is a certain roughness around the edges that really connects you to the music as you listen to it.  It is like the people you are listening to are performing just for you.

Imagine my joy when they said that we could record there!

Now, although we play shows together every night, we don’t really have a band outside the show.  We sometimes will jam with each other on the bus or in the hotels but we have nothing formally arranged.  However, the beauty of working with these guys so closely is that it does not matter.  The fact that we know each other so well and play music for thousands of people a week together all over the country means that there was this inherent musical understanding that was present at our session. 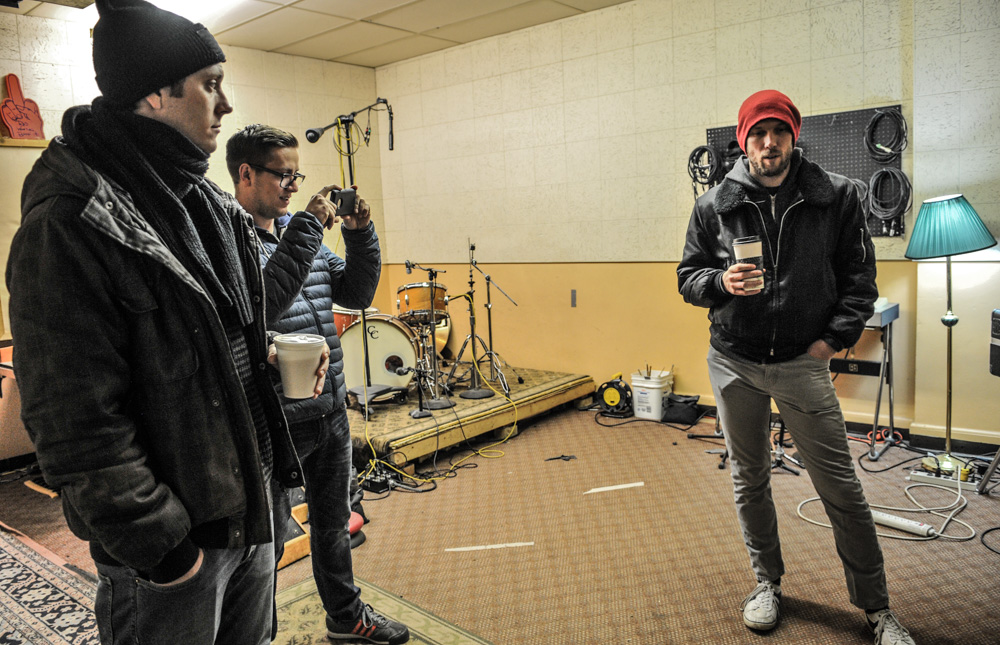 We went back to the hotel and spent a couple of hours working up two songs which I had written.  Tony and I sat together for a while going over the arrangements and he was able to write a bridge/solo for one of them which it desperately needed but I just had never managed to find.  Each of us had the tracks to listen to throughout the afternoon but the first time we were all together to play the songs was when we entered the studio.

The Ridgebacks started playing and suddenly the songs came alive.  For a long time before that day the songs had been in my head and on my hard drive in the form of rough demos I had recored.  All of a sudden, they were real.  Everyone brought more than just their practical musical talents to the session.  As soon as we were plugged in and running the tunes everyone offered up ideas.  It happened so naturally that I almost didn’t notice it.  I normally have a very clear idea of how I want my songs produced and performed when I am recording but what I loved about this session was I

didn’t need to worry about any of that.  I trusted these guys completely and it paid off.  Adam Zuick sat down behind the piano and came up with a great part that developed through out the first song.  Brian Tavener almost read my mind and came up with a bass part that underpinned the whole recording and linked so well with Anthony Riscica’s solid, driving drum part and Patrick Newton added real depth with some thoughtful additional percussion.  It was Tony Aguirre, who’s rhythmic guitar part and melodic solos gave the songs and edge I never could have found.

The beauty of working with and engineer like Mike, one that has spent hundreds if not thousands of hours working that room, is that you can guarantee that you are going to sound great.  He knows just what to do to get the best out of the instruments and the room itself.  He had a great vision of how it should sound.

We finished up in the early hours, sore-fingered, bleary eyed having played our selves out and destroyed a couple of cases of beer.  I certainly found it tough towards the end of the session.  Having to sing and play for 2 hours solid after having had a long day before took its toll but we managed to come up with takes we were all happy with by the end of the night.

I cannot thank Sean and Mike enough for giving us the opportunity to record for them.  It was the highlight of my time on tour so far and a night I will not forget in a long time. 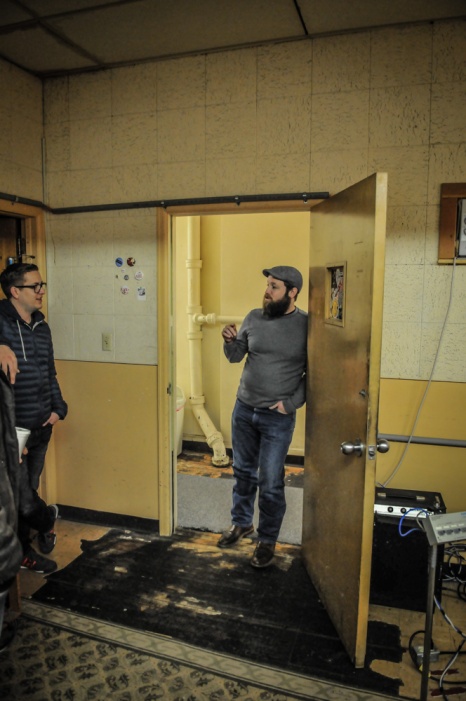 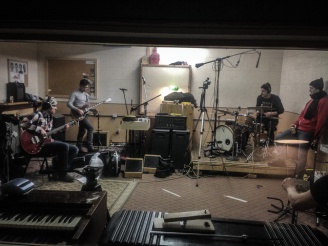