I left the studios and decided to get straight on the road again.  After seeing the place where they were recorded I spent the next few hours listening to all my favourite Motown tunes.  I had around 300 miles to cover today before I reached my friends’ place in Upstate New York en route to the East Coast.  Before that however I was about to go somewhere I had never been before…

Yes, this was the first time I ever set foot in this fine country.  Actually, I spent most of the time in the car as I was just passing through but I think 5 hours in a country is almost enough to say I have kind of been there…I had lunch there at least.

My route took me through the Southern part of Ontario and past the city of London.  How could I not stop there?  It was named after my hometown!  It was the place that, each time I went home and manually adjusted the time zone on my computer, came up as the only other option after I had typed ‘Lond’.

My journey was already a pilgrimage of sorts by way of me transporting the Pipeworks beer made my by friends and sharing it with people along the way, so why not add a stop of significant personal importance.  I had a little chuckle to myself as I typed ‘London, Ontario’ in the sat nav and hit the road. 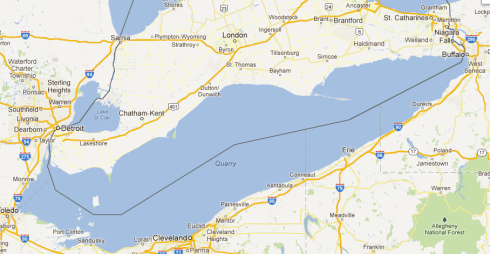 The border crossing went smoothly although when I explained that I would only be in the country for a few hours in order to pass by London I should have known that something was up by the wry smile he gave me as he stamped my passport and waved me on my way.  Clearly he knew something that I didn’t.

I think that ‘something’ was “the 3 hour detour you are going to make in order to go to London is not gonna be worth it.”  How right he was. The street were paved with gold, nor was I met by a heaving crowd, chanting my name and laying rose petals at the tyres of my car.  There was not a lot there at all.  It was like any other suburban shopping town I had been to before.  Other than the fact the the place seemed to be populated by women in their early twenties (seriously!) there was not much else to write home about.

I apologise to the residents of London, Ontario for my dour assessment of your town.  I am sure it is a lovely place it is just that I had thought about going there for so long that I think I had unrealistic expectations.  I vow to return one day and explore properly.  I had lunch at a very tasty vegan restaurant and then left.

They are massive.  Of all the incredible things I have seen in the world, this is one of the things that exceeded my expectations of size, power and sheer awesomeness!  I managed to find a sweet parking spot right on the main road next to the falls and wandered along, speechless.  I made sure I kept by back to the Planet Hollywood, the Hard Rock Cafe and all the other obnoxious chain restaurants and outlets that had sprung up around the area and just looked out for a few minutes.  The noise was incredible, even as far away as I was.  I would definitely recommend anyone going to see the falls, to see them from the Canadian side as you get to look directly at them.  I wanted to stay longer but it had been a long day of driving and I still had a couple of hours ahead of me before I would arrive at my friends’ place to stay for the night.

I made it unscathed through US border security (although it took and hour and a half!) and arrived in Batavia, New York a couple of hours later. 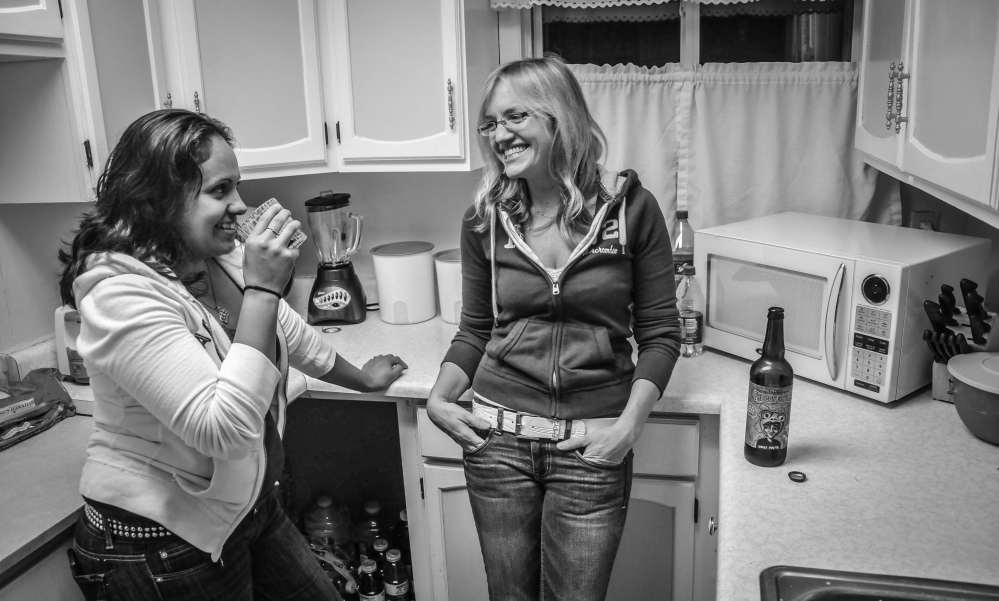 I met Amy and Daisy last year when I was working as a
Blue Man on the cruise ship and we have stayed in touch.  When i realised that I would be practically passing their front door on my way out East I made sure to stop by.  Daisy knocked up a lovely dinner then we cracked open and enjoyed a bottle of the Pipeworks Froggy Style before we headed out to a bar.  Unfortunately, after all the driving I didn’t last very long.  I knew I had at least a 7 hour drive to make it to Boston in the morning so I hit the sack!

2 thoughts on “‘Beer and Back Again’ – Motown to Batavia”