The highlight of my week in Bali was, without a doubt, the cooking class I did.  I was inspired my Sister, Claire, who did a similar thing when she was in Bali and raved about it.

I happened to walk past a restaurant called Cafe Wayan on Monkey Forest Road in Ubud and by chance a class was starting in 20 mins.  I assumed there would be a ton of other people at the class as well but as it turns out there were just 3 of us; me and an American couple.  We jumped in the waiting van and headed about 10 minutes away to the edge of town.

What a treat.  The class took place in a semi open air kitchen set in the midst of fragrant herb gardens, vegetable patches and ornamental ponds.  We had a lovely lady teaching us and another guy the helping with the cooking and preparation.

The sight of all the fresh ingredients, most of which were from the gardens right next to the kitchen, was incredible and the smell was amazing. 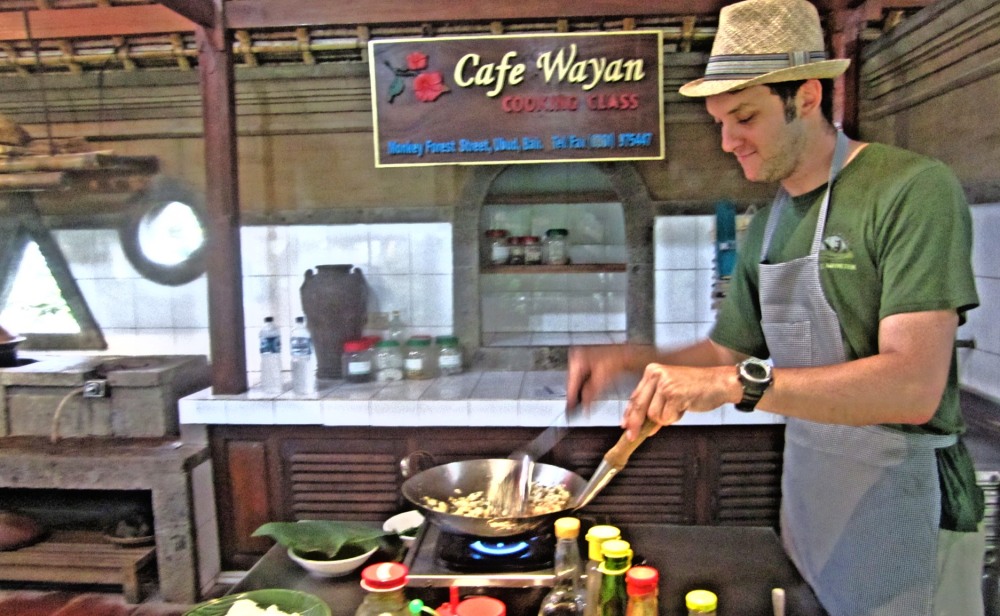 Having spoken to several other travellers before now, I had heard that some of the cooking classes that take place on the island were little more than demonstration, rushed through in groups and out the door before the food you helped to make had even passed your lips.  However, with the Cafe Wayan this was not the case.

It was such a personal service and we the teacher only just showed us what to do and the rest was up to us. I was in there frying, chopping and tasting.  We were encouraged to get stuck in at every step of the way.

The good thing about doing a cooking class it that you get to eat what you make and it tasted SOOO good! 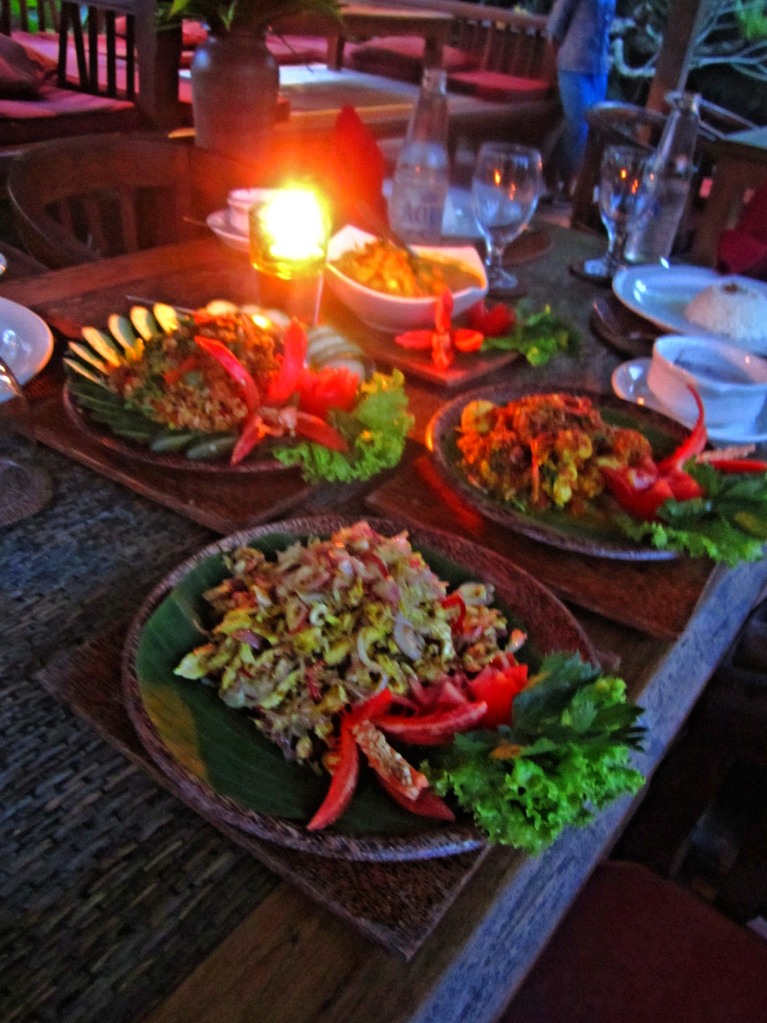 Thanks so much to the guys at Cafe Wayan….highly recommended!

3 thoughts on “Cooking Class In Bali”